Can We Really Transcend Conflict? There’s A Way

Some years ago I overheard my two young sons arguing in the kitchen. I went straight in. “Stop that right now!” I said. “But he did that…”, said one as the other started, “But he …”. A moment later I’ve transformed the situation. Instead of two people arguing there were three.

And that’s what conflict often does: it sucks us in. Actually, I had form. As a young man I developed the ability to win arguments. It took me years to notice that winning an argument meant losing a friend, while losing an argument was no better: far from a win-win, my need to win produced “lose-lose”. This conflict dynamic plays out all over the world between people, departments and governments too. 100 years on from the start of the “Great War”, there is another way, but where do we begin? 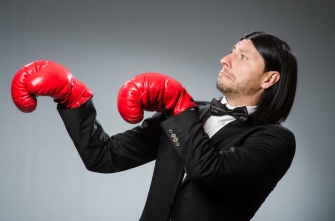 Instead, we can be interested in what each person, each thought, each moment, is telling us. It means listening to others who see things differently. If their world view is radically different we could understand how they have come to that view. Like Socrates, we can suppose none of us know, even when we think we do. And we don’t have to take others’ views too seriously: as they are likely to be as misinformed as us!

Of course, it’s easy to stay calm when everyone else is calm, but harder when they’re not. Years ago a boss shouted at me until I started shaking. Then he screamed “Stop shaking!” But it is possible to “keep your head (even when) when all about you are losing theirs”. In fact great leaders do this. It’s something to aim for. And we would hope Governments that feel a need to win will also come to a deeper understanding.

Hearing raised voices in a more recent dispute, I engaged, but differently. I tried to bring awareness to the distressed protagonists: “You realize you are doing this to one another”, I said evenly. They stopped. Silence. Something shifted.

What Are You Doing in Africa?

Who Do You Experience Yourself Being?

Who Are You Becoming?

Time was their gift